A happy New Year to  all our readers (a growing number, averaging about 35 visits a day).

I wonder why. And it‘s not a steady 40-60 per day. Yesterday was 82, the day before was 23. So I had a look at the stats, to try to make sense of – and ultimately encourage – the difference.

What made the difference yesterday is apparent from this screenshot (provided here as an  excuse to try out the Prt Scr key (which, unlike its Windows analogue, does what it says – a novel idea for us WinFoible habitués): 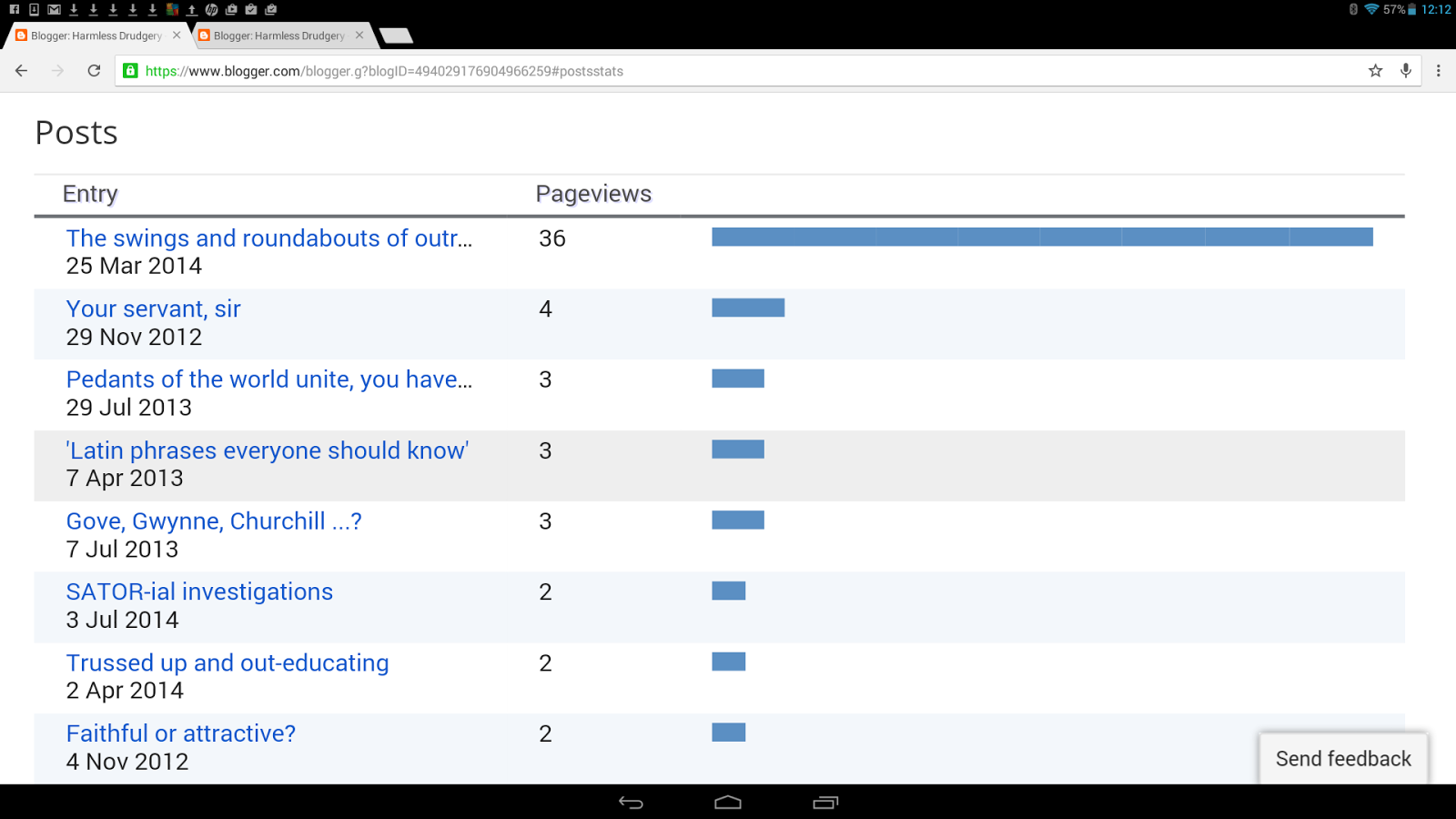 Incidentally, in a decree issued on the first day after the Glorious Revolution that elevates me to my rightful place of benign dictatorship, the words ‘IF THAT MAKES SENSE‘ will be strongly discouraged (on pain of... something fairly painful... [I haven't thought the details through yet]). If something runs the risk of not making sense, it‘s probably best to do your audience the common courtesy of  PUTTING IT ANOTHER WAY.

...is a short piece called The swings and roundabouts of outrageous fortune which, as fortune would have it, starts with the strangely apposite words ‘Apologies for the recent bloggopause. It's over a week since my last post ...‘. I can find nothing particularly ‘of its time‘  in that post (that might explain its sudden popularity), but perhaps the gods of bloggery ...

On the analogy of the Roman house gods perhaps these should be called the  Blares?

...used that statistical spike to prod me (see what I did there?) into action before the 7-day counter ticks  over.


Temporary (I hope) note on the TES stats

The good folks of TESconnect are in a state – one might call it a TEStizz.  There's a big migration afoot, and their weekly stats mails have dried up. The usually prompt (and human) response from their HELP line has been replaced by an automatically-generated, largely content-free sop. I'll save you the bother of trawling through this screed, and give you the gist:


So the numbers in the last para of the footer haven't been updated for a month. Sorry.


PPS Here's a little something to make up for it:

PPPS To give a better idea of the scope and nature of the TES thing, I've created this word-cloud of key words in the TES mail: 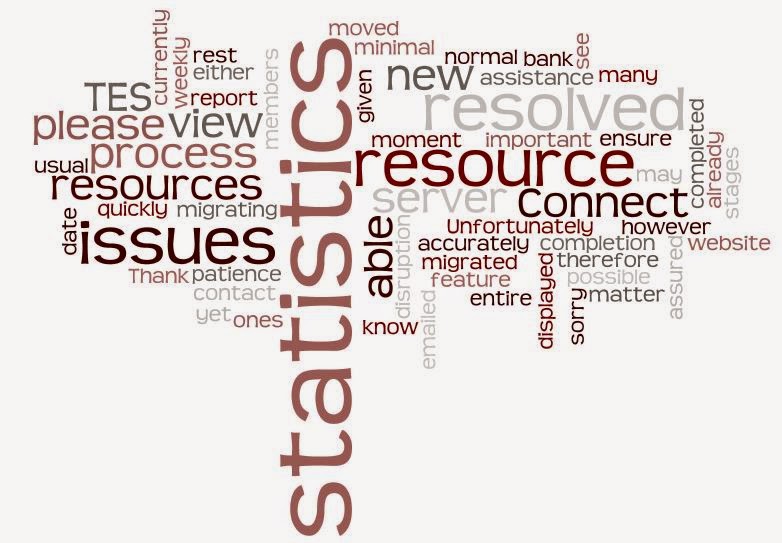 †Excuse the lapse into techno-babble. For a software engineer, the process of changing a bit of code in such a way that it will behave in some useful way when it's running in a different environment (say, on different hardware) is 'porting' it.

<autobiographical_note>
My one remaining item of logo-wear from my days serving the god of small things[ie micro-chips] is a tee-shirt referring (or seeming to refer) to the wearer as a 'VIP'. This dates from the heady days when OpenVMS (DEC/Compaq/HP's operating system, a so-called 'workhorse' that used to run only on VAX hardware) was being rehashed so that it would run on the much more widely available (and therefore cheaper, not that the bean-counters considered anything of  the sort) Itanium® chip produced by  Intel®. The letters VIP stood for VAX-Itanium Port.

P4S
It now seems to be working, to an extent – but it‘s too early  to give an unalloyed thumbs-up. Don‘t hold your brreath.