My theme today is remarkably stupid bits of pseudo-academical 'truth' that are readily swallowed by the gullible. I have two cases in mind, though the meme (or trope as we used to say in those heady days 'Before The Selfish Gene') is a common one.  Besides, meme seems to be now, Anno Dawkinsii, coming to mean something like video-of-funny-looking-pet-doing-something-improbable.

The first was gross enough to rouse the sleeping blogger from purdah (or should that be blurdah?). David Crystal, who has better things to do, wrote this, ending thus:


...It's yet another example of how the tabloid media masquerades fiction as fact, in the interests of what they think is a good story. TheGuardian, for example, ran a piece debunking the myth, but that will hardly have an impact on the many readers of the Mirror and the Daily Mail (which also ran the story prominently) who will have read it, believed it, and repeated it. It's really depressing. This kind of journalism makes the job of a linguist so much harder.

Here's that article: Guardian  by an Australian commentator (which explains the Is and wes):


...[I]t was with considerable amusement that I read the explosion of chatter about the alleged origins of the Australian accent this week. Dean Frenkel, a public speaking expert, wrote in the Age:

Our forefathers regularly got drunk together and through their frequent interactions unknowingly added an alcoholic slur to our national speech patterns. For the past two centuries, from generation to generation, drunken Aussie-speak continues to be taught by sober parents to their children.

(It got worse from there: “It is possible that our national speech impediment is a symptom of inferior brain functioning.”)

The second is a ridiculous piece of 'research' published in Current Biology a few years ago and only coming to my attention last week (in the too short Robert Newman's Entirely Accurate Encyclopaedia of Evolution series, relevant episode here) . A Daily Telegraph article discussed this research, which mentioned (among other things)  an apparent preference for pink among women, and a suggested palaeo-genetic reason for its selection:

The reason could have its origins in the hunt for food on the African savannah millennia ago.

Evolution may have honed women's preference for pink, perhaps because it helped them to find ripe fruit ...

"This shifts their colour preference slightly away from blue towards red, which tends to make pinks and lilacs the most preferred colours," said Prof Hurlbert.

She said she could only speculate about the preference for blue: "Here again, I would favour evolutionary arguments. Going back to our 'savannah' days, we would have a natural preference for a clear blue sky, because it signalled good weather. Clear blue also signals a good water source."

...Except that colours as flags signifying gender (Blue Peter for boys and Red Duster for girls?) weren't always that way. As a Smithsonian article, reviewing Jo B. Paoletti's Pink and Blue: Telling the Girls From the Boys in America puts it: 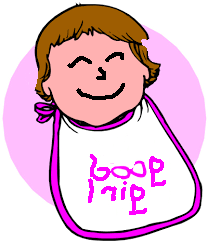 The march toward gender-specific clothes was neither linear nor rapid. Pink and blue arrived, along with other pastels, as colors for babies in the mid-19th century, yet the two colors were not promoted as gender signifiers until just before World War I—and even then, it took time for popular culture to sort things out...

For example, a June 1918 article from the trade publication Earnshaw's Infants' Department said, “The generally accepted rule is pink for the boys, and blue for the girls. The reason is that pink, being a more decided and stronger color, is more suitable for the boy, while blue, which is more delicate and dainty, is prettier for the girl.”

In 1927, Time magazine printed a chart showing sex-appropriate colors for girls and boys according to leading U.S. stores. In Boston, Filene’s told parents to dress boys in pink. So did Best & Co. in New York City, Halle’s in Cleveland and Marshall Field in Chicago.

So all that hunters → blue, gatherers → pink stuff is not only stuff  but also nonsense, or as Crystal puts it, with reference to the drunken Aussies story, bol... (but no, you can read it here – in the first para).