Last week, as part of the wall-to-wall election coverage (UK readers will know what I mean; non-UK readers can be extremely thankful that they are not involved in what is misleadingly called the democratic process – these guys wouldn't recognize democracy if it bit them) I heard Nigel Farrago saying 'I am outside the box'. UKIP's PR-machine seems to have leapt into action, as all the web accounts I can find have the text 'repaired' to something that uses the words 'thinking outside the box' . But I'm convinced the aforementioned populist said either 'I am' or 'We are...' – which seems to me to point the way that this idiom is likely to go (further and further from its [fairly recent] origins).


[I]ts origin is generally attributed to consultants in the 1970s and 1980s [this source places it a decade earlier] who tried to make clients feel inadequate by drawing nine dots on a piece of paper and asking them to connect the dots without lifting their pen, using only four lines:

But origins, as I've said before, aren't a clincher in discussions of  'what words "really" mean'.


An interesting blog from the OED stables refers to th[e] tendency to be hung-up on a supposed 'original' meaning based on etymology and calls it the 'Etymological Fallacy'.

The issue of original meaning struck me this morning when a non-native speaker of English referred to an aeroplane doing aerobatics as 'very acrobatic'. To the dyed-in-the-wool etymologically-anal word-Nazi,  any aeroplane in flight – however sedate its behaviour – is acro[Gk άκϱος ="high"]-batic[Gk βαινω [a very irregular verb, meaning "go"].  'Acrobatic', in this perverse sense of 'high-going', DEFINES the performance of  an aeroplane. But good ol' BNC lists 115 nouns that collocate with acrobatic, and none of them is aeroplane

[excerpt from forthcoming offering – offered not without a certain shame-facedness (as it's not really up to scratch)]: 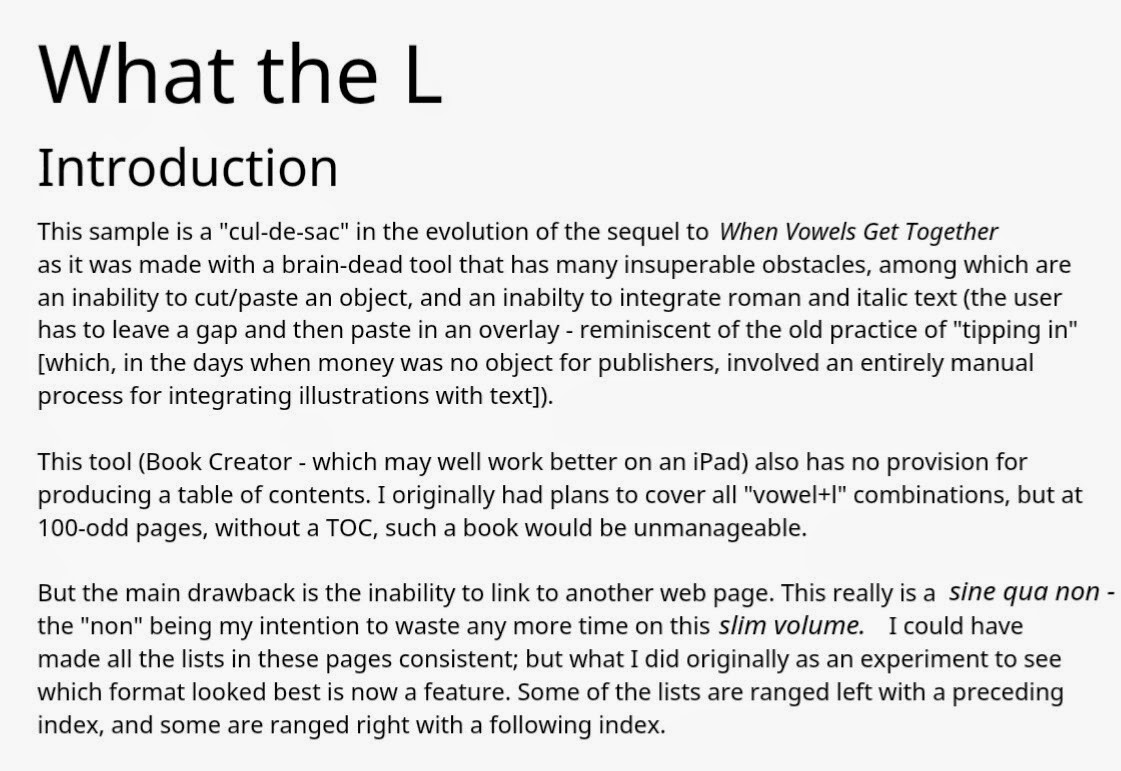 [HD In the first para. I mention 'the evolution of the sequel to WVGT'. As a background to this, there has also been evolution in the idea of WVGT itself. When Vowels Get Together dealt with vowels getting together with each other. Future issues will deal with vowels getting together with other phonemes (starting with the most interesting ones [as far as changes to vowel quality are concerned]: the sonorants. The Introduction goes on:] 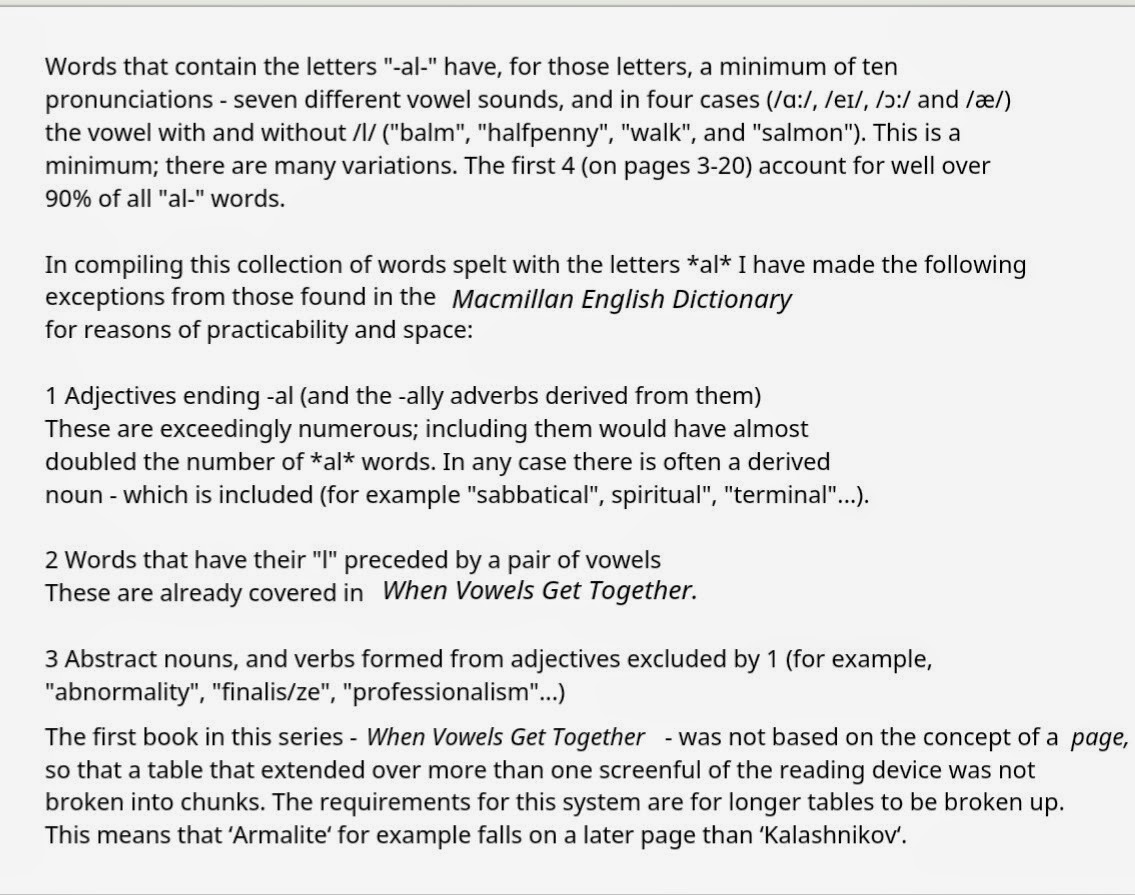 I'll make this issue available asap, but.... Back to the drawing board...

Hmmm. I recognize the problem that the 'writer' had. S/he put  the links in a draft, and a reviewer said 'These URLs may change. What can we do about it?' The writer, of course had a deadline to meet, so rather than work something out (after all. the stuff on those linked pages constitute two out of the three documents YOU MUST READ AND ACCEPT,  so getting it right mattered). But, adopting the totally meaningless 'meaning' of  'as such' that seems to be the fashion nowadays [ignoring the fact that ‘such'  needs to refer to a noun, and that in the expression ‘as such' it needs to refer to a preceding noun], s/he strung together some words  about changing URLs and copiedNpasted a couple of parentheses regardless of how unintelligible it made the resulting 'sentence'.

As it happens they have both changed. The first gives a 404 error, and the second at least takes you somewhere – although  the pages there don't seem to use the term 'FAQ'.

In other words, there's a lot of sorting out to do....