We need to talk about Kelvin

On Neil McPherson's WalkLiving with the Gods  [oops: Gods/dinosurs – easy mistake to  make] recently (not to suggest that he is an egregious source of things that make me wince – he's wise and thoughtful, and his series is well worth a listen [if not two]) – I heard an example of one of my most abhorred assumptions: that "Centigrade is always more".

In the world usually inhabited by most of us (in what is popularly referred to by the mealy-mouthed euphemism humankind)...


<apologia_pro_prejudicio_suo>
I‘m sorry about this. In the words mankind, womankind, etc... the  structure is  "<noun>+kind". I was mentally scarred by an English teacher who insisted that the word "human" was  an adjective: ‘If you mean "human being" SAY "human being"‘ he used to rant. I know this is rubbish; but I have drunk the Kool Aid. So whenever I see or hear the word "human"  my adjective-filter springs unbidden into action – I‘m not proud of it, but that‘s the way it is.
</apologia_pro_prejudicio_suo>

...there is a belief that, when talking about the weather, for a given value, Centigrade denotes a more extreme temperature than Fahrenheit – so that the word Centigrade is often used as a reinforcer: "They have to survive in temperatures of 50 or 60 °Centigrade..."  (Gosh, how hot is that?), or "Temperatures commonly reach -20 °Centigrade (Cold or what?).

In the case of weather, in contexts likely to be met by human observers, the rule of thumb Centigrade means more extreme works more often than not.  But we all know (or most of us do, anyway) that something happens at -40 °C or F, which inverts the hyperbole: "Temperatures commonly reach -50 °Fahrenheit (Cold or what?) (Just to be clear, -50 deg. Celsius is -58 deg. Fahrenheit.)


In any case, though, (and perhaps in Neil McPherson‘s), the word "Centigrade" may be justified on the grounds that it's just informative and doesn't express any sense of hyperbole. I suspect, though, that anyone doing no more than conveying information would tend to say "Celsius" rather than "Centigrade". So when he said "temperatures below -50 degrees Centigrade are common" I thought the worst. 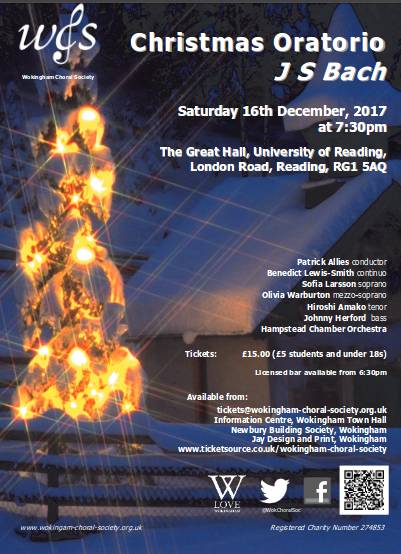 Anyway, time's wingéd chariot is doing its usual trick. Having sung to a ... not exactly packed church, though  pretty full, last Saturday, I must get learning the German for next month's concert:

PS And here are a couple more clues:

The answers: LIBERATE and CARRYING.