Back from Pembrokeshire, home of coast paths and sideways rain, I'm reflecting on systems meeting each other; cliffs, for example,

One system is at <cliff_height> metres and another system is at sea-level, and at the cliff-edge there's an abrupt change.


<autobiographical_note>
Highlight of our holiday was a trip in a RIB around Ramsey Island, whose West Cliff is the heighest in <somewhere>. There were too many of us for one boat, but fortunately they had a spare RIB. Presumably they were called Adam and Eve; bou-boun_tsh_I_thang_yow. But earlier on in the trip we had come across – and crossed – another sort of cliff; a metaphorical one, but a tangible one  (unlike many other metaphors).

Until the end of the Ice Age (??? weren't there several – regardless, the local tourist mythology was based on  just one, THE Ice Age) Ramsey Island was joined to the mainland by a tongue of land. The melting ice caused a rise in sea-level...


<whoa_there>
Hang on though, what about Archimedes – the displacement of the floating ice?  Shouldn't the sea-level stay the same? Well, no. That's what I thought until I read  this article about the recently-formed giant iceberg:


Ice shelves are vast expanses of ice floating on the sea, several hundred metres thick, at the edge of glaciers.

Scientists fear the loss of ice shelves will destabilise the frozen continent’s inland glaciers. And while the splitting off of the iceberg would not contribute to rising sea levels, the loss of glacial ice would.

The  melting of the ice-shelf uncorks the glaciers
</whoa_there>

... so most of that tongue, while submerged, is still marked by a treacherous string of rocks (a garrotte of rocks?) known as The Bitches. But that's just above the surface; the remnants of the old land-bridge form an even more treacherous submarine line of  obstacles.

This makes for an area of white water. It looked from a few boat-lengths  relatively placid, though we were told that in certain tidal/temporal conditios there could  be a difference in depth on each side of the cliff of 2 metres. Besides, the apparent placidness was only relative. The difference  between the two levels was underlined by the RIB's being held in place half-way up the slope. The outboard motor laboured to keep us from slipping back, with the sound of a lawn mower hitting a swathe of extra lush grass, and I thought we'd have to give up and find a gentler slope. But the motor was up to the challenge (indeed, the steersman probably held us there for effect).
</autobiographical_note>

But now I'm back to an untidy pile of emails on my cyber-doormat.; and the main cliff-edge metaphor is Mrs May's. There are others, though, if you screw your eyes up. The earthquake in Kos, for example. Conflicting pressures build up on either side of a fault-line, and when it gets too much there is a big jerk: again, two systems meeting, and a dangerous change at the meeting point. Or, at a more abstract level, pensions. There is one system, later there is another, and where the two meet there is disruption.

But I must get on , preparing for my choir's coming jaunt: 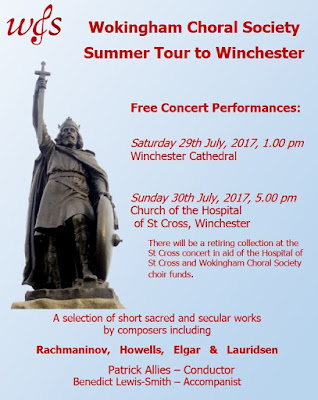 PPS And a topical one:

PPPS: The answers: PRETTIFICATIONS, MATCHPLAY, INTELLIGIBLE, and LOVE ISLAND (this last one is probably UK-specific, but I imagine the US has a similar Unreality TV show).