Make Hay while the author signs

In Spring an old man's fancy turns to books.

According to Heinrich Wallau, writing in The Catholic Encyclopedia:


Gutenberg was the son of Friele (Friedrich) Gänsfleisch and Else Wyrich. His cognomen was derived from the house inhabited by his father and his paternal ancestors "zu Laden, zu Gutenberg". The house of Gänsfleisch was one of the patrician families of the town, tracing its lineage back to the thirteenth century."

<autobiographical_note theme="Wikipedia strikes again">
Ever since 2009, when I saw a Stephen Fry documentary about Gutenberg (that link is to iPlayer's TOUGH BANANAS page – the programme is no longer available) I have wondered about the status of Gänsfleisch. Was his name Gutenberg or was it Gänsfleisch? And I wondered why, when Fry touched a Gutenberg Bible and said he had gooseflesh, he didn't exploit the pun (Gänsfleisch means gooseflesh).

A partial answer (the surname thing, not Fry's self-denial [perhaps explained by the lamentable brevity of the mini-series – I wonder what other gems were swept up from the cutting-room floor]) comes from an examination of Wikipedia's source


His surname [my emphasis] was derived from the house inhabited by his father and his paternal ancestors ...

Wallau's word was cognomen. Johannes was as much Johannes Gutenberg as Leonard Woolf was Leonard Hogarth  (whose business just took its name from Hogarth House). I imagine the wikipedioscribe saw cognomen, wondered what it meant and looked in some benighted dictionary that went for tight-lipped and simplistic one-word "equivalences" such as Dictionary.com's

... without bothering to read the rest of the definition.
</autobiographical_note>

I have a note that "Gutenberg pre-sold  in Mainz"; I have no source for that snippet, but he was at least born in Mainz – so-called not because of its nearness to the Main river, but still the coincidence is pleasing). Today the hub of the universe, in the matter of pre-sales of books, is the Book Fair at Frankfurt am Main the Frankfurter Buchmesse).


<digression>
Maybe this week's Book of the Week was sold there (that is non-German book rights). It bears all the hallmarks of a tolerable but not quite good enough translation, with near-miss malapropisms (like consistent for constant [on Monday]; today's was "war-horses need to be attuned [sic] to gunfire" – not habituated/accustomed/inured...?) 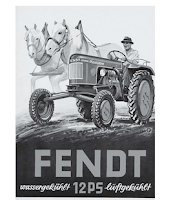 And another sign of translation rights having been pre-sold is this sort of illustration...

Sometimes translation is not really possible; some texts need to be localized as well. And international book fairs such as "Frankfurt" (to use the jargon of the publishing business) do their best to ignore this. It's in the interests of the Foreign Rights Seller to say that everything will be hunky-dory, and leave it to the poor translator to make a fist of it.
</digression>

Ah well. I have more to say but DIY to do. Stay tuned.

A recent televising of a Maigret story reminded me of the name Quai des Orfêvres – the legendary (not to say inaccurate [but cp "Scotland Yard"]) address of the Direction Régionale de Police Judiciaire de Paris . When I first  read Simenon, I just let the address wash over me: Orfêvres was a name, tout sec.

But it slowly seeped into my understanding of the word that it was built from or (of course) and fèvre; to quote the French Wikipedia page 'ancien terme désignant un ouvrier travaillant le fer...'. In other words, Orfêvres means GOLDSMITHS.


<linguistic_note>
But why not  Fêvres d'Or? I don't know, having cunningly avoided the History of French paper for reasons possibly explained elsewhere in this blog, but boiling down to sloth on my part...


<rant>
(and I do wish more speakers of English would observe the distinction between on the part of  and on behalf of – even the BBC does it [with notable, not to say noble, exceptions]. It's got so that I am starting to doubt myself. Collins suckered me into a sense of self-righteousness with this: 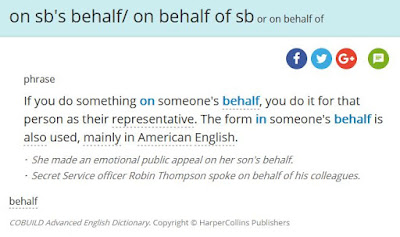 But then they hit me with the sucker punch:

Oh well: yet another  solecism that I shall forever avoid but increasingly hear.
</rant>

... but I expect it's something to do with the Strassbourg oaths, discussed elsewhere (with an important proviso here) which divided France between languages that put the defining word first (Neuchâtel) and that put it second (Châteauneuf).
</linguistic_note>

The original users of that wharf, at one time home to La Police Judiciaire, were Goldsmiths.

Finally. another snippet from Lingo, which ends each chapter with a word that has no direct "equivalent" in English. The chapter on Icelandic ends with this: Jólabókaflóð. Erm...

I'm sensing a whiff of The Great Eskimo Vocabulary Hoax. I concede that English has no one-word equivalent, but in what sense is this "one word" (except in the trivial orthographic sense that it has what Primary school teachers used to call a fingerspace at each end [with obvious exceptions for punctuation marks])? If I were to say "Yule book flood", that would be  a phonological word. So what's the big deal? The multifaceted Victorian literato/diplomat Eça de Queiroz noticed this flood (tanto livro!) in the (as yet) untranslated Cartas de Inglaterra (a sort of Letter[s] from America, but written by a Portuguese observer, writing for a Portuguese newspaper, and based in England.).

PPS What has this to do with the price of fish? you may well ask. Well earlier this week I heard an interview with Jane Goodall, whose observation of chimps "fishing" for termites with a stripped rod showed that tool-making was not a specifically human activity. The pre-existing belief  was epitomized (that‘s one for the etymologists) in the book Homo faber , and it was the Latin faber (the root of fèvre) that brought the Maigret memory to mind. Though this seems madness yet there is method in‘t.