We are all on the cusp of language change, though some of us are more aware of it than others. My parents, to take a trivial example, gave the word secretary only three syllables, with stress on the first: /'sekrǝtri:/. My children give the same word four syllables, with stress on the third  (the one that is completely agglutinated in the older pronunciation): /sekrǝ'teǝri:/.

<parenthesis type="CYA">
There are other differences too, particularly the length of the last vowel. For fluency, ease, brevity, etc etc, I've used what is called a "broad phonemic transcription" (and the days when I could define those words with academic rigour have long gone).
</parenthesis>

Caught between these two pronunciations, I use a bit of both, trying to suit my context. My mother [whom saints preserve, and they better had] was a (trisyllabic) secretary (the real deal, with Pitman's and everything), whereas a US politician is a quadrisyllabic (or should that be tetra-?) Secretary of State.

This matter of primary stress in polysyllables has come to the fore in my mind because of the word extirpate, beloved of many a singer of Elijah. (Baal is exhorted to do it by his devotees, and whatever it is it doesn't sound very pleasant.)

About the stress, if not the vowels, dictionaries...

... seem to be pretty unanimous: stress is on the first syllable (like extricate) rather than the second (like external). I haven't trawled through all 30+ found by onelook.com  (some of which – like Oxford for Pity's sake: Dominus obscuratio mea – exclude themselves (by my lights..

<mini-rant>
When a business gets big enough it starts throwing its weight around: 'What we do at FatCat.com is so widely used it has become a standard.' Adobe did this with PDF, Microsoft with Word... For heavens sake, the rules of the translation competition I just entered specified a .docx file...And the docx so-called "standard" compounds the insult by taking one roll-your-own "standard" (.doc) and hiding its chewing-gum-and-baler-twine reality behind a real standard (xml) ...

<inline_ps>
(and by this I mean a protocol but that is the result of collaboration between interested parties before anything hits the market with an implementation of that protocol.
</inline_ps>

...) by using a roll-your-own transcription system) but here are three: 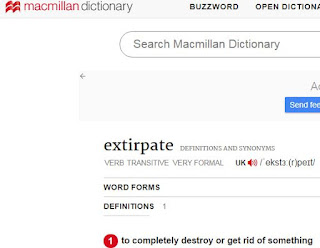 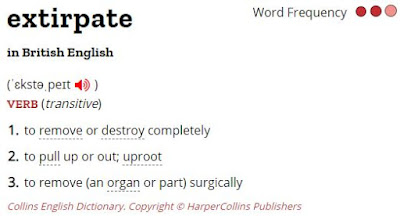 But  that last screenshot (which like the others isn't live, so if you want to explore further go to the actual  page), in an attempt to exclude extraneous stuff, truncates the word frequency blobs (there are five): so it's not 'quite frequent' but 'almost unheard of': 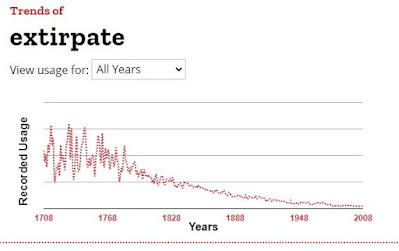 In the 18th century, it was quite common; when Elijah first appeared in the mid-19th century the word was a shadow of its former self, in the 20th century it hit rock bottom, and in the 21st I'd guess it was only ever heard in performances of Elijah.
Which is to say that it might as well be pronounced  any way that suits the music. And Mendelssohn requires stress on the second syllable; so that's what it gets.
But our present Elijah is getting the Zoom treatment. Here's a review from happier times of our last rendition.
b
Update: 2021.03.20.12:40 – Added (inline_ps>