On the last Saturday in November (that's  how long I've been worrying at this bit of linguistic gristle) an article in The Times mentioned a reader who had been working away at an anagram for over 3 years. My mail to the Feedback column fell on stony ground, but here it is:

Leigh Carter‘s three-and-a-half year computer-assisted anagram search may have used tools that incorporated the "rule" my French master taught me more than 60 years ago: that cookery words that are based on a name are preceded by an implicit  "à la mode" and are therefore feminine - bourguignonne, mayonnaise... and dauphinoise.

However, I have often reflected, as a student of philology, that rules like this are usually the sign of a linguistic change in progress; I discuss a fascinating case here: https://tinyurl.com/error2word (about an early Roman Latin master's list of rules proscribing common errors). My most recent dictionary (Concise OED, 2013) lists dauphinois as a headword and relegates dauphinoise to a parenthetical "(also ...)". But Onelook (a web-based finder of dictionary entries) finds only one entry - Oxford's. (In contrast, it finds four - including Oxford's) for dauphinoise.) 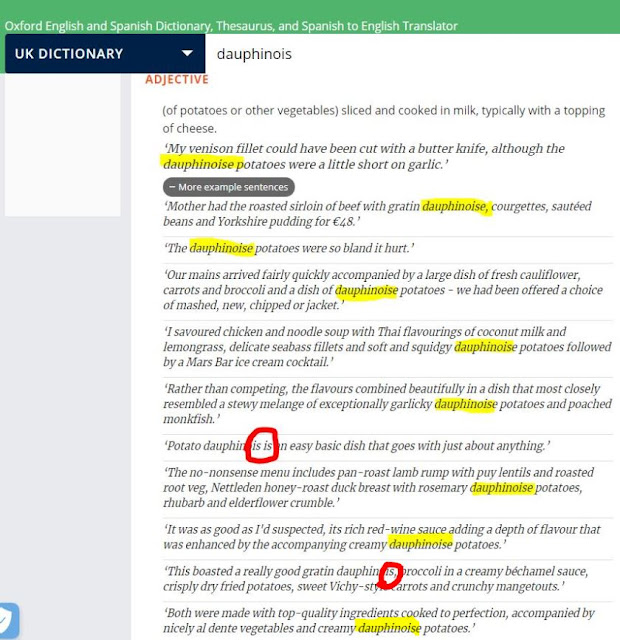 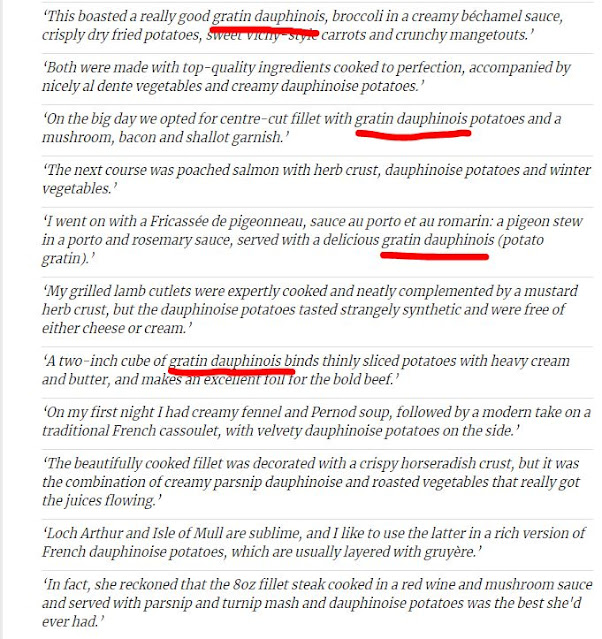 But this does not apply only to dauphinois, for which Onelook finds only one entry. In the case of bourguignon (which I vainly, and – let's face – it mistakenly) whinged about here:

<mini-rant status="stillborn">
No, I won't but... If people would just pronounce the /n/ when they say Bœuf Bourguignonne.  PLEASE.
</mini-rant>

The fight in defence of the rectitude of bourguignonne (according to the "B-G rule" [B-G being the French master who taught me it]) has been well and truly lost. Google finds