Writing here back in 2013, initially about "magazine", I moved on to

Another perfectly innocent storage word from Arabic has been... bellicosified (don't bother looking that up; it means 'given a martial meaning'

). The word in question derives from what looks to me like a phrase in Arabic: dār as-şinā‘ah (maybe Arabic can create composite nouns by joining smaller words together –  as indeed English does: Etymonline tells me dār means 'house' and as-şinā‘ah means 'art/craft/skill' –  a rather up-market sort of 'workshop'; come to think of it, English has borrowed from French le mot juste, an 'atelier').

This spawned various words in Italian and its many dialects. In standard Italian the word is darsena – 'wet dock'. Moving north, the Venetian equivalent was arsenal, which was applied to a complex of naval dockyards and armouries, the Arsenale di Venezia. Various other languages got their foot in the door and borrowed that word, but shorn of its peaceable storage-and-work-related meaning. It wasn't until some workers from the Royal Arsenal at Woolwich formed a football team ('The Gunners') that  swords were beaten into ploughshares and the word was rehabilitated.


So  the Venetian dialect has given us the word "arsenal". which referred originally to a particular complex of buildings devoted to war at sea but has come to be used to refer to any store of weaponry.

Venetian also gives us (and many other languages) the word "quarantine", mentioned in passing (I was talking about dozen at the time) here:


In French -aine is a suffix that can make any number approximate; in English, though, dozen is the only ...


<digression>
I was hoping that, in recognition of the fact that flowers are sold in 10s and 5s, the word dizen would evolve (French dixaine). Sadly. it hasn't happened.
<digression>

...such word we have; quarantine is related, but came via Italian quarantina giorni – the period that ships from plague-ridden countries had to wait in the offing [never thought I'd use that one, except in the song "Blow the Wind Southerly"] before putting in at 17TH-century Venice.

That reference to Venice agrees with the received etymological wisdom (Susie Dent mentioned it in a recent Radio Times). But more recently (here) I mentioned Dubrovnik as a possible locus for the coining – though the Venetian dialect would have been influential there at one time, as Dubrovnik was under Venetian rule at the time.

Another Venetian word that, like "arsenal" gave English a word with a general application based on a particular usage in Venice is that place where Shakespeare housed Shylock – in the ghetto:


The term was originally used for the Venetian Ghetto in Venice, Italy, as early as 1516, to describe the part of the city where Jews were restricted to live and thus segregated from other people.
Source

But when Elvis used those words "in the ghetto" referred to 'a cold and grey ...


<parenthesis>
(Come to think of it, it was probably gray)
</parenthesis>

... Chicago morn'. In fact, many cities now have ghettos.

Another legacy of Venetian will have to wait for an update. It's time for tea.

PS
And here it is:

Another word that has come to us from Venice is "gazette". Here's what Etymonline has to say:


"newspaper," c. 1600, from French gazette (16c.), from Italian gazzetta, Venetian dialectal gazeta "newspaper," also the name of a small copper coin, literally "little magpie," from gazza; applied to the monthly newspaper (gazeta de la novità) published in Venice by the government, either from its price or its association with the bird (typical of false chatter), or both. First used in English 1665 for the paper issued at Oxford, whither the court had fled from the plague.

The coin may have been so called for its marking; ...The general story of the origin of the word is broadly accepted, but there are many variations:...

That page goes on to give details, which are many and varied, but the common threads are the bird (although one of them adds the rather sniffy "but it does not appear on any of the oldest Venetian specimens preserved at Florence") and the idea of idle chatter (Twitter comes to mind, a little anachronistically)...


<tangent subj="translation">
Speaking of anachronism, I am still fuming at the award-winning World's Classics translation of Os Lusíadas which sidesteps a rather tricky translation point by ignoring the original and inventing a 'heavy anchor chain' on a sixteenth century caravel, when the anchor chain was not invented until the nineteenth century – when ships started getting too heavy for hemp hawsers. And even then, a ship as light as a caravel wouldn't...

<inline-PPS>
This made sense when I wrote it, but probably needs a bit of explanation. I'm entering for the Stephen Spender Prize for Poetry in Translation,. as mentioned in a recent post. Part of my preparation involved looking at another translation, which 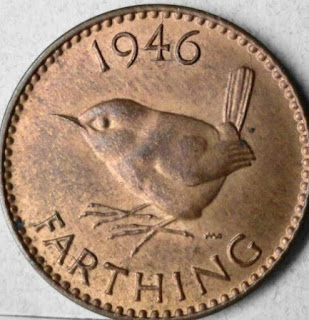