But what does "original" mean? 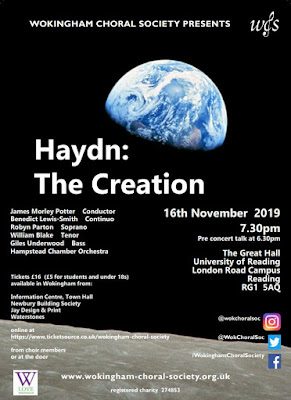 ... has made me return to the problems of verse translation (which, as I said here, in the very early days of this blog, is something I have actually done [and actually in the French/Spanish/Italian/etc sense of happening right now {as my entry for the Stephen Spender Prize for Poetry in Translation, which I mentioned here, is in the hands of the judges right now}]).

In some cases I think there's a clear case for the original language. Of one of my favourite pieces I wrote this:


In my subject line, both here and on the occasion of my Cambridge rendition, I said Johannes-Passion. This isn't because of snobbery (though elitism does come into it – so bite me, as I believe they say in some parts of the world). It's because the German is part of the music

There are, in the piece, two choruses with more-or-less identical settings. But what is matched is not just the notes. In one the mocking words are

In the other, the corresponding words are

The last two words are (trivially, of course) a perfect match, but consider the vowel sounds in the first three syllables: two are identical (Sei/schrei-, ge-/-be) and the third is similar: nicht has a front vowel and grüßet has a vowel that, though not strictly a front vowel, is fronted (the lips are forward); the same applies to König. All the stressed vowels are either front, or fronted,  or in the case of the first diphthong the tongue position is moving forwards (from [a] to [ɪ].

The first version, which I sang (in  English) with a previous choir about 30 years ago, had "Write thou not..." for Schreibe nicht... The first syllable is a close match  [2019: for the German]; not so the others. My present edition has both German and English and goes for a strangled and outlandish version: "Write Him not as our king"; how glad I am that we're not singing that... :-)

There's more to be said, but tempus is fugendum (or whatever). My point is that the original language adds to the drama of the original, forcing facial antics in the singers to indicate mockery/anger/hatred... as appropriate. And the sounds are part of the musical picture.

But this is an unusually clear case. Bach thought and wrote in German, and the German sounds are an intrinsic part of the work. There are, naturally, difficulties for an amateur choir in England to do justice to the German...


<autobiographical_ note>
Some years ago I  sang this piece in a choir with a German-born bass (who I tried to sit next to as often as possible). Having studied German at school, and used it in the course  of my studies in Romance Philology (as discussed here), I was reasonably confident in my accent. But I often found that the  "German" sounds coming out of my mouth were noticeably different from sounds produced by a native speaker.
</autobiographical_ note>

... but in theory at least I think a German performance of a piece originally written in German. is best  (although a confident and accurate English performance is preferable to a "German" version  that sounds like  'Allo 'Allo's Herr Flick).

In some cases a German composer has written a piece originally with an English text. Mendelssohn's Elijah, for example, was written for the Birmingham Music Festival in 1846 and only later translated into German. There are cases where the text of the two versions do not tally...


<case_in_point>
The story of Elijah proceeds from a curse, which I described here:


The original curse, mentioned in the opening bars, is these years there shall not be dew nor rain but according to my word – that is, it was up to Jehova when the water supply was to be reconnected.

In an attempt to break the drought Elijah sings


As God the Lord of Sabaoth liveth, before whom I stand: three years this day fulfilled [HD: my emphasis], I will show myself unto Ahab; and the Lord will then send rain again upon the earth.

In other words this is precisely (to the day) the third anniversary of the beginning of the drought. In the German version the words Three years this day fulfilled have become  Heute im dritten Jahre – which isn't nearly so specific. (Perhaps the translator was nudging the text towards making sense; a drought is unlikely to last a precise number of years: assuming, for simplicity, an English climate,  say the drought starts on 31 May. It's not going to break on 1 June in some later year.)

... but I don't feel the original English is in some sense "better".

There is another case (of German composers' oratorios), exemplified by the piece I mentioned in my opening words: Haydn wrote The Creation/Die Schöpfung with both languages simultaneously in mind. In the absence of a reliable English hand on the tiller (hmm, that could have done with a mixed metaphor alert) this makes for some pretty strangled syntax. But I'll keep my powder dry on that until I hear the pre-concert talk on 16 November.

Nearer at hand is another concert at Reading Great Hall,  Trinity Concert Band's Classical Spectacular which includes a piece with particular local significance: Jupiter,  from The Planets by  Holst. But I'll leave it to Paul Speed (the band's MD, who always gives very detailed notes) to say more about that link: the clue is in the photograph that Trinity have used to publicize this concert: 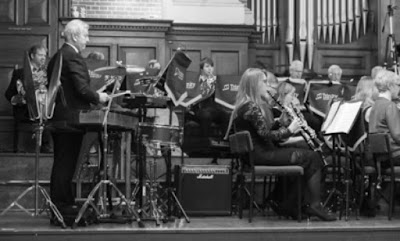 But I must make the most of this break in the weather. Things to do..

PS We didn't get the expected local  background last night (which, BTW, was great fun), so here it is. That rather dapper Edwardian gentleman in the photo is (I suppose) Holst himself., and in the background you see the organ and wood panelling of the Great Hall. Wikipedia says:


At a concert in Reading in 1923, Holst slipped and fell, suffering concussion. He seemed to make a good recovery, and he felt up to accepting an invitation to the US...

<autobiographical_note>
When I was told of this accident when I was  singing with one of the university choirs my informant said that the fall didn't kill him outright but that he died later as a result. I'm inclined to think that this is nonsense, as Holst enjoyed a further 10 years and more of productive life after the fall.
</autobiographical_note>