<explanation subject="Dominic Raab">
People in the UK may know who Mr Raab is, and expect some satire here about monkeys and organ-grinders. Well, sorry about that. It was the just the /ɑ:/ sound that made me think of him. Generally I try to avoid thinking about that particular nonentity.

And people outside the UK are no doubt accustomed to my subject lines making no sense; so,  no change there.
</explanation>

It has often been pointed out that, at the time when English and French rubbed along together...


<aside>
(with Norman-French being used by the nobs gifted all the plum positions by William the Bastard [who is now  better known as the Conquistador {or something}] and his cronies, while the horny-handed sons of toil used a less Latinate language)
</aside>

...the names of meat (for the table) had French-derived names like beef (boeuf), mutton (mouton), and pork (porc), but the animals themselves were cow, sheep, and pig (or in some parts) swine.

Earlier this month I visited a place that embodied a similar class distinction, but with pronunciation rather than vocabulary. Hardwick Hall has the /ɑ:/ sound adopted by the upper classes for certain words with an -er- spelling...


<digression>
English, in some parts of the world, still keeps this sound in words like clerk, derby, sherd, and serjeant...


<meta_digression source="WVGTbk2">
In the work-in-progress now in all good Kindle libraries as When Vowels Get Together with Sonorants I have written:


*ER* represents this sound in a dwindling number of words. For example, in the BBC Radio comedy series The Navy Lark recorded 1959-61, the rear end of a ship is called its /stɑ:n/, but I have only ever heard the /ɑ:/ pronunciation in that context. This sort of specialized argot – used in particular areas of work – may support the /ɑ:/ sound from time to time, but this pronunciation persists in only a small handful of words in British English (more so than in American English: BE /klɑ:k/ but AE /klɜrk/).

...  although in, say, American English the first two still use /ɜ:/ while the /ɑ:/ sound of the last can be preserved by a revised spelling: sargent.
</digression>

... and to make sure the pronunciation didn't stray back to that /ɜ:/ the ruling classes changed the spelling.

But the sheep grazing in the fields surrounding the house were herdwicks (well, to be honest they may not have been that breed, but I'm not one to spoil a good story with mere facts – there are some of that breed on farms that need hardier livestock).

<unrelated_observation>
And I'll record here a totally unrelated observation, from the first part of a recently televised spy thriller. It was set in Berlin, and most of the key characters had the decency to speak English. But  there were bits of German dialogue that had English subtitles – one of which reminded me of an exercise we did in my CELTA course, to raise awareness of the problems caused for ELT students by English's predilection for phrasal verbs.


<autobiographical_note date="2006" subject="Phrasal verb exercise">
The students sat in a circle, and each in turn constructed a sentence using the phrasal verb pick up with a meaning that differed from all the previous examples.

I expected that with a class-size of 14 it would become increasingly difficult after the first half dozen, and impossible before the end. But the lecturer had done his homework and knew that the Collins Cobuild Dcitionary (a favourite at the time) lists 15 separate meanings (some of which can easily be sub-divided: for example it gives one meaning for what "a microphone or radio" does, and it seems to me that processing an audio signal that is clearly part of the soundscape  [as in "We're picking up the traffic noise in the background"] is quite distinct from being able to detect at all a radio signal that just doesn't get there [as in "We can't pick up channel X when we're <somewhere>"). So in other dictionaries I imagine the total is more than 15.
</autobiographical_note>

And to add to the difficulty, some phrasal verbs are separable (the verb and the particle can straddle the object), or not, or either. And in one of the local-colour subtitles the translator had got it wrong. At a service desk of some sort a German-speaker said "I want to pick up something" (sorry – no time to check the original German). What the subtitle should have said was "I want to pick something up"*,†.
</unrelated_observation>


Is that the time? I must check the words/notes for tomorrow's concert (well worth a listen if you can make it): 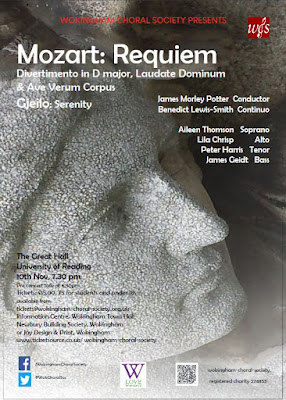 PPS And it was "well worth a listen".

PPPS And here's a review...

* Last night I witnessed another instance of that separability problem. In a subtitle to the Danish thriller Follow the money, towards the end of the first episode, one character said "We need you to take on this one."  What he meant, of course, was  "We need you to take this one on." But I had known the translator was less than perfect ever since, earlier on, he had used the expression "big fry" instead of "big fish".  Fry are small; that's the point.

This is not unlike a piece of family language we still use, ever since my son – then knee-high to something quite small [HD: Do grasshoppers even have knees? Granted there.s a bendy bit between the upper and lower leg, but is that enough for knee-ness? This is getting silly...] – asked "Are we having a dark lunch today?". A dark lunch (obv.) is the opposite of a light lunch.

† P5S I've  just noticed another instance of the separability problem, in an error message:


The Bluetooth device is not

turned on. Do you want to

I've been getting this annoying little error for some time now – so often that I've only just noticed it; and noticed how apt it was, in view of my feelings about the device in question
Posted by @BobKLite at 13:14