Hoist with his own "favoletta"

In the aftermath of the terrible events in Genoa on the eve of Ferragosto...


<glossary>
Ferragosto is the heathen name of the feast known to the One True Church as the Feast of the Assumption...


<meta_digression>
I was once asked 'What do Catholics assume on 15 August?' Well, lots of things. But the Assumption of the Blessed Virgin Mary was a belief in an extraordinary end to the extraordinary life of the mother of Christ. Not for her the messy business of dying and rotting (before, of course, being raised incorruptible); she was assumed (i.e. taken up) into Heaven. I forget the details, but there were probably various meteorological shenanigans at the time (as there were when Elijah 'went by a whirlwind to Heaven'... 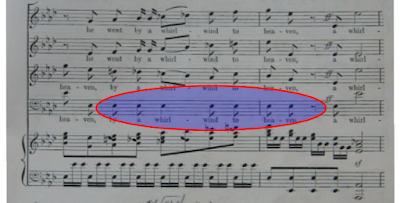 ... A bit like Dorothy going to Oz, except not in Kansas of course.

This tourist site , though, suggests that (like most 'Christian' festivals) Ferragosto has deeper roots.:


Ferragosto, the Italian name for the holiday, comes from the Latin Feriae Augusti (the festivals of the Emperor Augustus) which were introduced back in 18 BC [PS – HD: a good half century before the end of Mary's earthbound phase], probably to celebrate a battle victory, and were celebrated alongside other ancient Roman summer festivals . These festivities were linked to the longer Augustali period - intended to be a period of rest after months of hard labour.

... La Stampa reported that Beppe Grillo, not inappropriately for a clown, had got egg on his face by a remark in his blog lampooning public infrastructure spending.

I first heard about this faux pas in a BBC news report, hedged about with the sort of weasel words that suggest it is dealing with mere rumour; but it should be a simple matter of fact, I thought – Did he write it or not?

This page was no help either, at first :


"We have been told about the little fairy tale of the imminent collapse of the Morandi Bridge." That is how Five Star Movement co-founder Beppe Grillo reportedly referred to warnings about the collapse of the bridge on his blog. [My emphasis]

But the same page goes on:


The blog post was apparently removed yesterday but a screenshot of the post has been published by Ligurian local daily Il Secolo XIX.

Aha. "I think the little legal department knows something about it", as they used to say (more or less) at the end of Bill and Ben. He wrote it, but events on Tuesday made it a bit of an embarrassment, so he unwrote it.

I'm not convinced he should have, though. On the face of it, it was a bit... tactless. But the administration of the bridge maintenance looks like a bit of a gravy train; and money spent on the administration of maintenance  does seem not to have gone exclusively into actual maintenance. And, as always with the Internet, someone somewhere was bound to have kept a screenshot. So rather than trying to hide his embarrassment, only to be caught red-handed – shamefacedly, with his finger on the <Delete> key: "Who me?" – I reckon he should just have toughed it out, with an update to the blog.

I'm glad about one thing, though – the whole sorry issue has introduced me to the word for "a little fairy tale": Una favoletta. Take away the diminutive suffix and you're left with una favola (stressed on the first syllable). Screw your eyes up and you can see the word fable. You live and learn.