Far brighter than that gaudy... 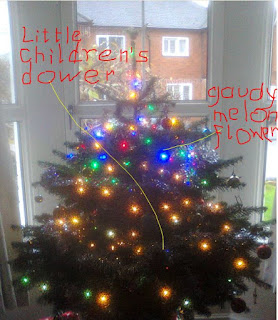 LED luminaire. The little children's dower, in this case, is the traditional Christmas lights.

Traditional – there's a Christmassy word: trahe me post te, as the carol goes. I'm sure when people first used electric bulbs to light their trees, traditionalists mourned the gentler light of candles: to quote Gob (my one-time history master [introduced here] "semi-affectionately known as 'Gob' for reasons best known to his Maker (presumably not omniscient in matters of orthodontics)")


Maybe the quote isn't original, but I have always associated it with him.

Which is all very well. But LED lights, while environmentally more responsible than the incandescent Edisonian bulbs, and physically more efficient, are a bit too brash for my taste. I've lived with them for three days now, but I'm sure three weeks will test my patience to breaking point. 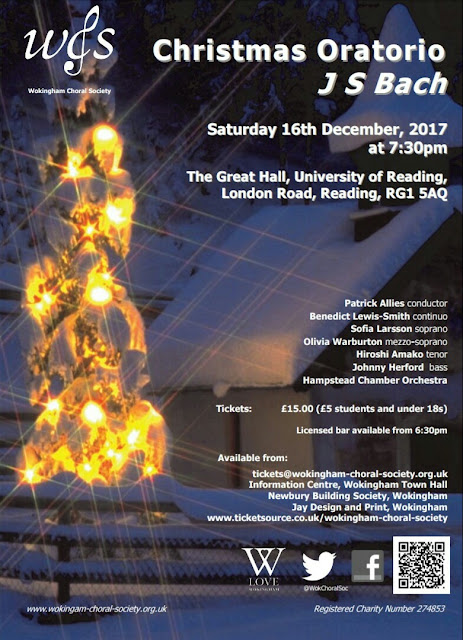 But my main focus at the moment – and the reason  for keeping this post shorter than usual – is Saturday's concert, which should be really good. At a time of year that's often characterized by wall-to-wall carols, a bit of Bach offers a welcome auditory oasis.

Music dotted with repeats, and with the normal two lines of text (one German and one English) becoming four (with the German even further from the notes than usual), though, calls for learning by heart  – which I must go and do now.

(Afterthought: And the text of the first line [when there's a repeat], is bound to become more familiar, through rehearsal, than the text of the second. So there's more than the usual risk of my resorting to mime. Here goes with that rote learning... :-)