Mr Biden and the serviette

Last week I was listening to a repeat of an episode from A History of the World in a Hundred Objects...

<autobiographical_note>
(which, when it first appeared, gave me the idea for A History of English in a Hundred Words – an idea that I planned and actually started on, before David Crystal published
The Story of English in 100 Words

to my  disgruntlement, especially as in his Introduction to the earlier

The Stories of English 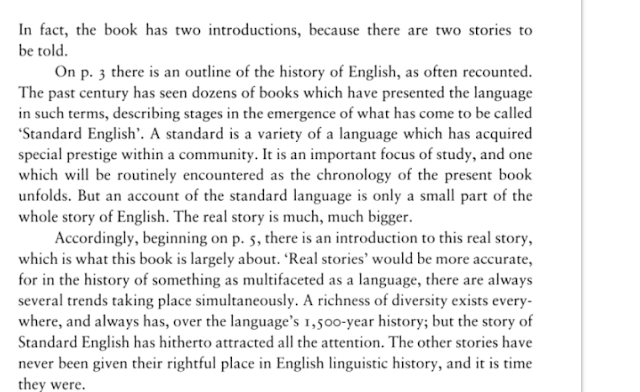 (which I felt at the time –  somewhat petulantly  I now admit –  disqualified him from writing the story]; though I think he made a better job of it than I would have).
</autobiographical_note>

.... and this particular episode (about a map drawn on buckskin, recording a nefarious deal done between The Wabash Company and  the Native Americans they were trying to exploit. The exchange showed up (and indeed in a sense depicted) the clash of cultures between the fly-by-night, exploitative westerners and the people who just didn't have the notion that land was something that could be traded.

<inline_ps>
To quote from  the BBC's blurb:

Today he[Neil; MacGregor]  tells the story of a map, roughly drawn on deerskin that was used as the colonists negotiated for land in the area between the Great Lakes and the Mississippi. It was probably drawn up by a Native American around 1774. Neil looks at how the French and the British were in conflict in the region, and examines the different attitudes to land and living between Europeans and Native Americans.

That short programme is well worth a listen.
Later that week I was getting up to date with Lyse Doucet's  excellent and thought-provoking  A Wish for Afghanistan . This (last week's) episode features an interview with Hamid Karzai (former president of that long-suffering and deeply-wronged country). Hamid Karzai recalls a meeting he had over dinner with then Vice President Biden in 2008; Biden  was complaining about corruption in the Afghan administration. The President's answer was that yes there was petty corruption in the Afghan administration but to an extent dwarfed by that done by the US Army and their contractors; what was unconscionable was the hundreds of civilian casualties. Afghanistan would be better off without their interference.
I can believe that – not that I necessarily do believe it.

At this point Mr Biden lost his rag (the rag in question being his table napkin – or in the non-U Karzai report his serviette) : "He got up and he got angry and threw his serviette and left". The child is father of the man, or rather the 66 year-old is father of the 79 year-old. That is what now-President Biden has just done; he has thrown down his serviette and stormed out, calling over his shoulder "I've had it with you people". Here again was a bit of fabric exemplifying, as did the buckskin map, the gulf between two cultures and the reason for bloodshed between Western progress and any non-white resistance to it.
Anyway, the latest Wish for Afghanistan has just appeared (or dropped as  they say n the trade) so I must go and get my fix.
b
Update: 2021.09.24.10:55 – Added <inline_ps />
Posted by @BobKLite at 16:47