People who know a bit about the formation of languages learn  that they must beware of the Etymological Fallacy, which this Oxford Reference page defines as

The belief that an earlier or the earliest meaning of a word is necessarily the right one. That it is fallacious is illustrated by the fact that orchard once meant a treeless garden, treacle a wild beast, and villain a farm labourer.

The creeping Wikipedi-ization of the modern world has exposed us more and more to this tendency to hold that words must mean what they used to mean, which implies that meanings must never change. Still, a knowledge of where words come from can be fascinating.

The word "quarantine" has had a long history, originally referring to a period of isolation at the time of The Plague (well  one of the waves of  one of them – it was all a bit muddled back them, TBH).

This page dates it (with annoying vagueness – the site is, after all, designed to drum up business for English Language summer schools, so it would be unreasonable to expect much in the way off academic rigour) to "a document from 1377"  though in an  earlier form that set the safeness-from-plague period to thirty days – una trentina. In an earlier post I briefly referred to "quarantine"‘s ship-of-possible-carriers origin, but I didn't place the first use as coined by Venetians trying to keep the plague out of Dubrovnik (as this page does if you care to read it through):


The word “quarantine” has its origins in the devastating plague, the so-called Black Death, which swept across Europe in the 14th century, wiping out around 30% of Europe’s population. It comes from the Venetian dialect form of the Italian words “quaranta giorni”, or “forty days”, in reference to the fact that, in an effort to halt the spread of the plague, ships were put into isolation on nearby islands for a forty-day period before those on board were allowed ashore.

My ingrained cynicism about the temptations of the Etymological Fallacy doesn't,  however,  prevent me from experiencing a frisson of "innocent merriment" ...

... when the Diamond Princess quarantine forced the word back to its roots (with people not  being allowed to leave a ship).

My other concern at the moment is the snowballing over-use of epicentre. Again, I'm not trying to argue that the word can only be used between consenting vulcanologists ...


<digression>
There's that innocent merriment again. Focus, being derived from the word for fire, seems particularly apt when talking about an infection that causes, among other things, fever.
</digression>

...hub..., source ... There are many ways of avoiding epicentre; but it continues on its juggernaut way. This view of its growth in popularity (sadly out of date – the  latest data they've got is from 2008, and in the last twelve years its use can only have grown) comes from Collins: 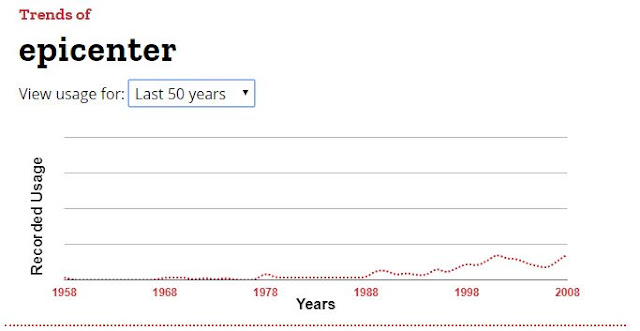 Anyway, it's time I got back to note-bashing for  our next concert: 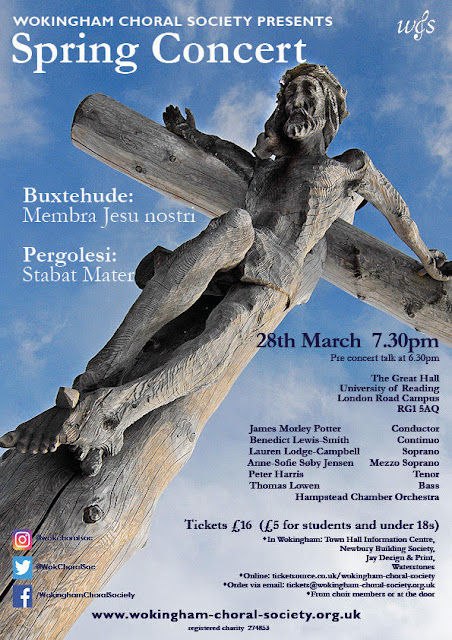 <incidental_observation>
A fellow choir member has asked about "Jesu chare"  in the Pergolesi Buxtehude  – not having found chare in a latin dictionary.  There are two problems with this search. The first is that the phrase is vocative – addressing Jesus. "Dear Jesus" would be, in the nominative (just naming him), Jesus carus. The spelling of that second word points to the second problem. This recalls my "epicentre" rant; one of the mechanisms of language change is hypercorrection (trying to sound important by a misplaced display of "learning"). The introduction of h after c ...


<inline_ps>
I'm not referring to a /h/ sound following the /k/. The hypercorrect change is from /k/ to /χ/ (like the sound at the end of Bach). Trimalchio – that* character in the Satyricon – is (unwittingly) referring to the influence of Greek sounds on Latin. Greek slaves were common in the Roman world,  and there were Greek-speaking enclaves in what we now know as Italy.
</inline_ps>

...is usually hypercorrect; this is satirized as early as the first century AD in the Satyricon; which has a social-climbing character who is mocked for saying chommodus rather than commodus; Oops, TMI.
</incidental_observation>

That character is mentioned later on. Sorry.