In an early post I looked at the mistranslation of a single word that jumped out at me while I was listening to a Book of the Week. The word was "Romanesque" – used in a context that had nothing to do with architecture. It referred to President Mitterand, whose predilection for seeing himself as a character in a roman provides a strangely appropriate parallel with a fictional  character who shared the first four letters of his name: Walter Mitty. (The source of the mistranslation was well hidden, and is arguable; if you're interested, feel free: here.)

But the reason for picking on that one word  is clear,  given my interest in the process of translation. More recently though I've found another case of mistranslation, that doesn't make the same kind of sense unless David Baddiel (the single-word-mistranslation-hunter in this case) has a similar background to mine (which I doubt). Wikipedia may cast some light, though I'm not minded to spend much time on it.

The case was documented in an article brought to my attention by an accident (I was toying with the phrase freak accident, but thought better of it. "Freakish" is an accolade that I think is too easily attached to accidents. Freakish is the accident that unearthed the Dead Sea Scrolls, say, and this Baddiel cutting was unearthed less dramatically in a stash of documents that referred not to the early days of Christianity but to an era that could be described as BHD (that is, before this blog started in late 2012).


<digression subject="'-eak' words in clichés">
I'm sure it's just an accident ('-eak' attributes becoming meaningless), but the latest Radio Times claims to have a "sneak preview" of a new Doctor Who series. The "sneak" bit added something once (when there was an unofficial and/or unsanctioned foretaste of some media event) but in this case there was nothing sneaky about  it. The PR department wanted the preview to appear. What's unsanctioned about that?
<digression>

The one word (well two if you want to be pedantic) was Careers Officer. A Baddiel novel used this expression, and it was rendered in the German translation as 'Reintegration into the Working Process Responsible Person'. (the "original" German was Wiedereingliederung-in-den-Arbeits-Prozeß-Betruer  – as opposed to the more predictable [not to say less RSI-inducing] Karriereoffizier). Baddiel met the German translator at some publishing shindig and asked why she had done this. The answer was, in my translation,


'Because I felt like making up a word, regardless of your intentions. I thought it'd be cool.'

In an update to an old post about local colour, I mentioned a song by Antonio Carlos Jobim, and wondered whether the word Rolleiflex had survived in the translation. In a later update I added:

Why can't translators just
GET OUT OF THE FRIGGING WAY ?

Five years earlier, if I'd read that edition of The Times, I could have cited yet another instance of overweening  translatorrhoea.

That's enough for today. In a later post I mean to look at the rest of this stash  of early-21st-century cuttings – a number of pieces from the Ben Mcintyre Last Word column. Now though I must go and do a bit of note-bashing for our carol concert: 14 December, 6.00 pm, All Saints', Wokingham. 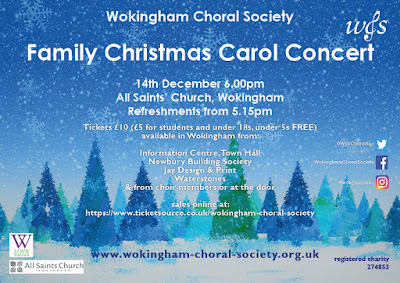