Let the lave go by me 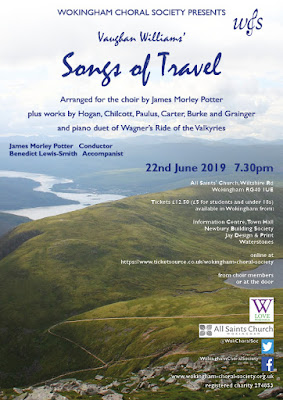 On Saturday my choir will be singing in All Saints, Wokingham (and it's not too late to get a ticket, from the places listed here:
).

The title of the concert is also the title of a Vaughan Williams setting of poems written by Robert Louis Stevenson.  RVW (as we say in the trade :-)) set it for baritone solo; but our Musical Director has arranged it for SATB choir. "Let the lave go by me" is the request made in the first line of the first (and best-known ) song in  the collection, The Vagabond.

And in view of the efforts the choir has put into articulation, it would be a shame if the word lave passed meaninglessly by.


<glossary subject="lave">
Lave is a word set elsewhere by Vaughan Williams (in the Sea Symphony ?), but there it is a verb, deriving ultimately from the Latin lavare. But in "Let the lave go by me" it is obviously not a verb.  Stevenson's lave is a noun, with this meaning (taken from dictionary.com):

So "let the lave go by me" means something like "I don't care about anything else". 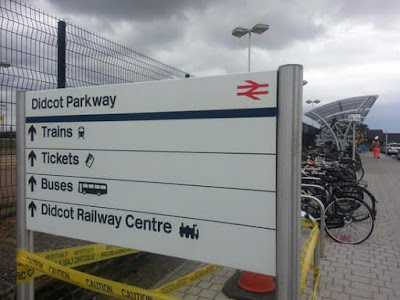 But his arrangement of this collection is not our MD's only contribution to Saturday's programme. He also wrote the collection of haikus set here:
(Not quite Tintern Abbey, but hey...)

For details of the background to this work, I recommend the programme notes. The haikus were set by Paul Burke, and Saturday's performance will be the premiere of a revised version. Again, the programme for the concert has the details. The composer will be in the audience,  adding to the experience for the choir.

The theme of travel will be common to the rest of the programme. These two more substantial pieces will be accompanied by a number of smaller-scale pieces. I'm particularly looking forward to The Ride of the Valkyries  (arranged for piano duet).

But I'm neglecting the cricket.

PS
Having done the Romantic Poets for A-level (British poets only of course, what do you take  me for?), the idea of Tintern Abbey as a place whose genius loci might be contrasted with Didcot Parkway struck me as needing no explanation. But I've now tweaked the Tintern Abbey link so that it takes you straight to the bit about literary associations.

Next weekend a substantial fraction (not quite half) of the choir will  be reprising parts of this concert (excluding the Didcot Haikus, and with the addition of – inter alia – a charming Rutter piece) on a brief  ...sally? ...foray?...tourette? ... of the Midlands. If you're in either place, or both, you'd be very welcome: 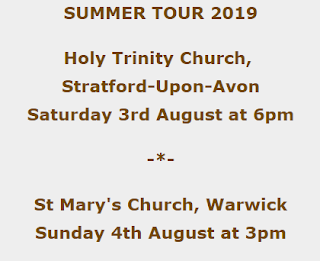