A proverb that bothered my younger mind has come to unwonted prominence, in the fertile soil provided by the context of Brexit. And recently a Prospect blog written by Professor Simon Horobin cast some light on this:


The well-worn proverb “you can’t have your cake and eat it” is enjoying something of a revival in the heated exchanges over Brexit. Ever since Boris Johnson characterised his policy on cake as “pro having it and pro eating it too,” Brussels has sought to alert the British negotiators to the impossibility of adopting such an attitude.

In October 2016, European Council president Donald Tusk, taking a rather literal approach to the aphorism, called upon proponents of the ‘cake philosophy’ to carry out a scientific experiment: “Buy a cake, eat it, and see if it is still there on the plate.”

A month later a Tory MP caused a certain amount of embarrassment when, emerging from a Downing Street briefing, his handwritten notes were photographed in the barefaced admission “What’s the model? Have your cake and eat it.” 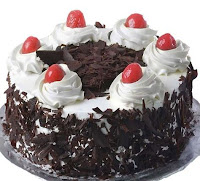 My impression is that this slip gave rise to the neologism cakeism, used strictly in the context of Brexit.

Horobin's blog explains the source of the confusion mentioned in my first sentence:


The reason for the confusion is that the original form of the phrase has been reversed in its modern incarnation. Here it is in a 16th-century book of proverbs: “Wolde ye bothe eate your cake, and haue your cake?” The idea, then, is that once you have eaten your cake, you can no longer continue to possess it; that is, sometimes you are forced to choose between two irreconcilable options.

In France, the approximately equivalent idiom is vouloir le beurre et l’argent du beurre which I have seen translated as “to want the butter and the money from the butter”  – confusingly. What does "from the butter" mean? (I suspect the intervention of an abused dictionary, as 'du' can (sometimes) mean 'from [the]'). But this is the translation that Professor Horobin uses, although I imagine he's not the original dictionary-abuser – rather that he knows French and overlooked the inadequacy of the translation.

What English does for this sort of "de" is that it simply prepends the beneficiary/recipient: e.g. "dinner money", "fag packet" ... L'argent du beurre is "the butter money" or, if you like, "the money reserved/designated/intended... to pay for the butter", or, more briefly (but rather clumsily), "the money for the butter".  For, at  a push, but not From ". The money from the butter" could be used if somebody were selling the butter.

Which brings us to the afterthought sometimes added to intensify Vouloir le beurre et l'argent du beurre ...: et le sourire de la crémière. The crémière does perhaps collect "the money from the butter". This intensifier was presumably the source  of  the Luxembourg Prime Minister's: “They want to have their cake, eat, and get a smile from the baker.”


<hat_tip>
This is a pretty impressive bit of linguistic pyrotechnics  – not so much L1-interference  as L1-interpretation or just L1-riffing; he even adds "get" where the French model has no verb, and then changes the supplier appropriately. And all in a second (or even possibly third) language.
</hat_tip>

Another culinary metaphor to receive a new lease of life from Brexit is cherry-picking. This can be understood in one of two ways: either picking dessert cherries from a mixed fruit-bowl (not a way I've ever seen cherries served),  or – greedily and selfishly – picking a glacé cherry from the top of a bun/cake,  and thus unknowingly but carelessly marking the residual carbs as tainted. Or maybe, now I think of  it, the image evokes someone viewing a bowl of cherries and picking the ripest.

I'm not sure I buy everything Professor Horobin says. For example, I don't think even he believes it when he says 'The belief that the mouth was designed principally for its consumption is suggested by the slang term “cake-hole.”'. "Designed principally"...? Does he know what principally means?   But his blog is worth a read. And when he points to "with a cherry on top" as a possible intensifier to "the icing on the cake" I'm reminded of that crémière (whose smile is used to intensify the beurre metaphor).

PS: A couple of clues: